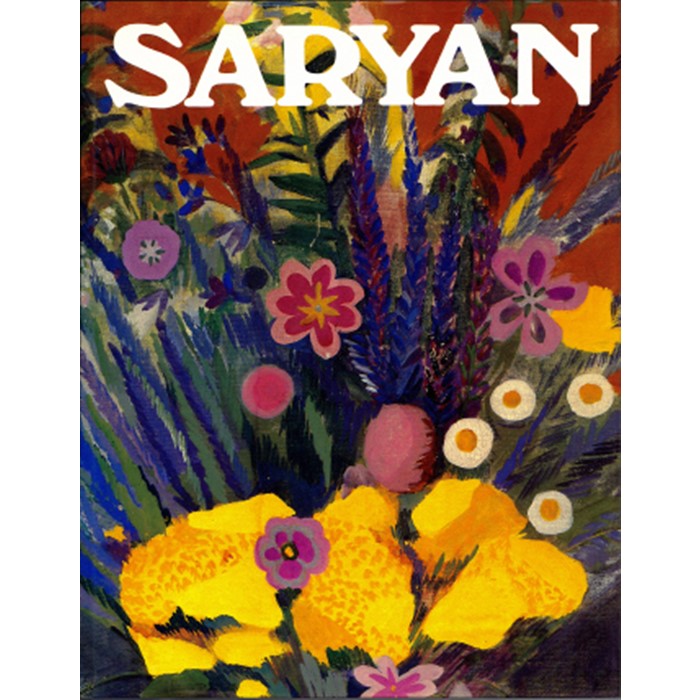 Martiros Saryan (1880 – 1972). People’s Artist of The USSR, Hero Of Socialist Labor, and winner of the Lenin and State Prizes, was the founder of Soviet Armenian painting and is now recognized as an artist of international significance. In the course of his long creative career Saryan produced over 3.000 paintings, graphic works, and theatrical designs marked by stylistic diversity and linked by a deep philosophical perception of life, adherence to national tradition, and a highly original artistic skill.

Saryan studied painting in Moscow, where he was closely connected with the Russian artistic world. Later he studied the works of the French painters Paul Gauguin and Henri Matisse. He also had a thorough knowledge of the history of Armenian art and literature. All this made him an artist of marked individuality. His works are noted both for their universal character and a distinctively national flavor.

This volume contains about 200 of Saryan’s major works from 1898 to 1971 representing all the stages of the artist’s creative career. Photographs of Saryan and his family and contemoraries are also included.

Many of the works reproduced are from Soviet Museums and private collections.

The text by the eminent Soviet art critic, Alexander Kamensky, gives a general survey of Saryan’s creative work. The comprehensive catalog has been compiled by Shahen Khachatrian, Director of the Martiros Saryan Museum in Yerevan, and Lucy Mirzoyan, Keeper of the Museum.