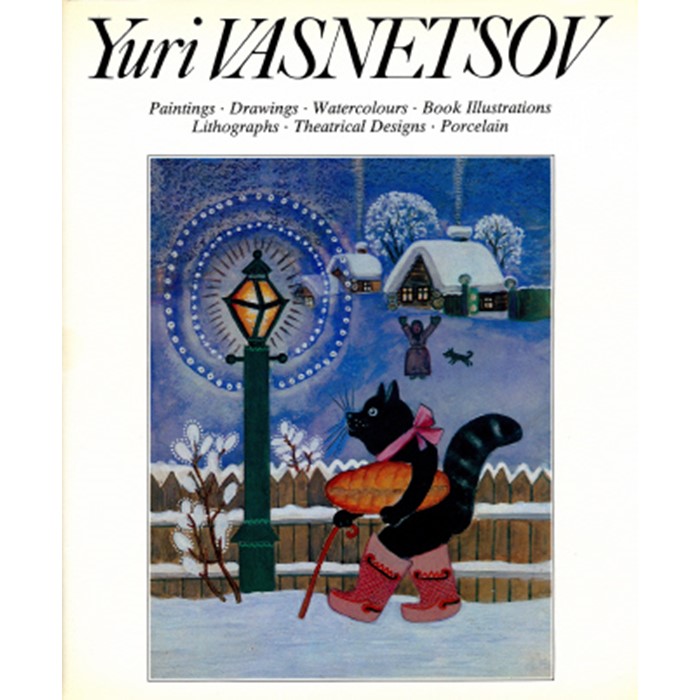 Yuri Vasnetsov (1900-1973), People’s Artist of the RSFSR, was a well-known Soviet painter and graphic artist. His work was closely linked with the traditions of Russian folk art, yet he always remained contemporary in his approach. Vasnetsov made his debut in the late 1920s and became one of those artists who initiated the production of Soviet illustrated books for children. During the fifty years of his artistic career he illustrated over one hundred books.

For two of them, „Ladushki“ and „Rainbow“, both collections of folk songs and rhymes for children, the artist was awarded the State Prize of the USSR and silver and bronze medals at the International Book Fairs in Leipzig in 1965 and 1970. Vasnetsov also produced coloured lithographs and worked in easel painting, demonstrating a manner entirely his own.

This volume is the most complete book on Vasnetsov ever published. It contains 171 plates, 144 of them in colour.

The relationship between traditional and contemporary vision was one o[ Vasnetsov’s most important problems both in painting and graphic art.

Vasnetsov’s way from traditional to contemporary art forms proved so effective that he virtually had no failures. ]t is in the colouring that the emotional, lyrical tension of Vasnetsov’s paintings, prints and illustrations reveals itself.

Vasnetsov‘ s fantastic landscapes are profoundly reworked under the influence of Russian scenery; his birds and beasts and fairy-tale personages are very expressive because he invests them with movement and behaviour observed from life.

It must be remembered that all Vasnetsov’s graphic works are intended for children and that he stands out for a rare ability to create from the viewpoint of his audience, trying to get to the core of a child’s artistic interests.

Vasnetsov‘ s creative career, which covered almost half a century, is marked by a rare integrity. It was a path of steady growth, perfection and accumulation of skill.